Jennifer Workman is an attorney at The Harris Law Firm. A Colorado native and a child of divorce, her connection to family law began at a young age. That deep and personal understanding of how divorce can affect a child and family led her to pursue a career in that field. Before attending law school at the University of Colorado at Boulder Law School and Charlotte School of Law, she earned a Bachelor’s Degree in English from the University of Colorado at Boulder with a Minor in Philosophy.

At the Charlotte School of Law, Jennifer served as the founding member and president of the Member of the Military Advocacy Law Society as well as serving as the Social Club Chair for the Student Bar Association. While in school, she worked as a legal intern and eventually worked her way to becoming an extern and later a supervising extern before moving back to Colorado to continue her career in her home state.

Outside of the legal world, Jennifer enjoys hiking, kayaking, and other outdoor activities. 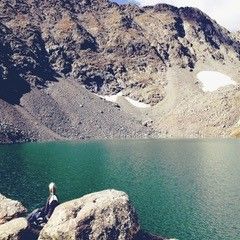