Throughout her 30 year career as a lawyer, Kimberly (Kim) has dedicated her legal career in large part to developing educational systems and tools in order to enable a greater number of individuals access to the justice system. Kim has always had an interest in working with children and in helping families to establish orders that are in the best interest of children.

Kim began her career as a staff attorney at Pikes Peak Legal Services (PPLS) in Colorado Springs. While at PPLS, Kimberly wrote a book on how to do your own divorce. In 1989, Kim opened up her own family law practice in Boulder which focused on representing victims of domestic violence and families. Additionally, Kim worked as a child advocate representing and making recommendations regarding the best interest of children in divorce cases. In 1990, Kim became a trained mediator and has used these skills to enhance her own communication skills as well as to expand her practice.

Kimberly has won recognition for her dedication and hard work from her colleagues and the Bar Association when she was awarded the Recognition of Excellence in Representing Children by the Boulder Interdisciplinary Council on Child Custody and the John Marshall Award for her commitment and dedication in providing legal services to the elderly and less fortunate of Boulder County.

After taking a short respite from the practice of law to raise her two sons, Kim became a partner at Ebner & Gent, a law firm specializing in Social Security Disability law and mediation.

Prior to coming to The Harris Law Firm, Kim served as Executive Director of Alpine Legal Services, a small independent legal aid organization providing services from Aspen to Parachute, Colorado. While at Alpine, Kim developed programs using technology to allow individuals in rural areas the ability to access the advice of an attorney.

At The Harris Law Firm, Kim works in our LawYourWay℠ center where she helps individuals with the option of representing themselves with the assistance and guidance of an experienced attorney. 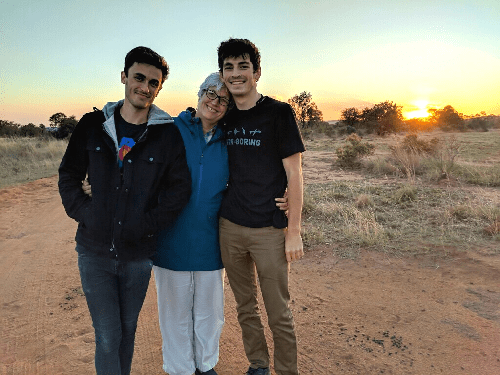