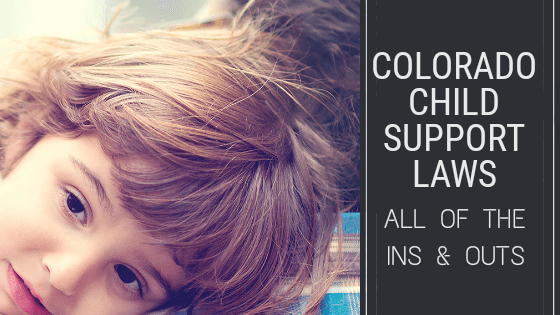 An important issue for courts in a divorce or custody matter is child support, or the cost of raising the children until they are each nineteen, or otherwise emancipated.

In Colorado, child support is considered a right of the child; therefore, the courts may not recognize an agreement between the parents regarding collecting child support, if it is substantially less than what is suggested by the “Child Support Guidelines.”

The guidelines represent a formula based on what the family would have theoretically spent for the child’s care had the parties not separated.

Some factors considered in a support calculation include:

A judge may deviate from the guidelines for good cause, but this is rare.

What Is Child Support Supposed to Be Used For?

Child support, along with each parent’s contribution to daily expenses during his or her parenting time, is intended to cover most of the receiving parent’s costs of raising the child. These costs include food, clothing, toiletries, and other basic necessities your child needs. Significant and extraordinary costs are typically divided between the parties by proportion of their combined monthly incomes.

Child support is often a significant source of friction between divorced parents. The paying parent often feels the money is not being used to the children’s benefit while the receiving parent may believe the money is not nearly enough to cover the true cost of raising a child.

Divorced parents also often believe that a parent who is not meeting a child support obligation loses his or her right to parenting time. Colorado law specifically indicates this is not true.

A parent who is not meeting a child support obligation may:

However, a parent cannot legally deny parenting time to the other parent based on a lack of child support payments.

Is Child Support Taxed in Colorado?

Child support is not taxable to the recipient, nor is it deductible to the payor.

Can I Track Child Support Payments?

Colorado courts have established a Family Support Registry, which acts as a go-between and record keeper for parents desiring such service. This free service provided by the State of Colorado is an excellent way to officially “track” payment dates and amounts. Another option is a direct deposit from the payor’s paycheck into the receiving parent’s bank account.

Because of the difficulties associated with many child support cases, Colorado domestic judges routinely order an income assignment (or “garnishment”) when requested by the receiving parent. Under such assignment, the payor’s employer deducts the child support amount prior to paying the payor his or her wages.

Many payors object to such assignment, particularly because of the “deadbeat parent” connotation; however, as employers see increasing numbers of such routine assignments, the stigma is diminishing. Direct deposit and income assignments also relieve the paying parent from what may be an onerous task of writing checks to an ex-spouse.

Have questions about child support in Colorado and your case? The Harris Law Firm is here to help. Call or contact us online to speak with an attorney.