Colorado Divorce: Does My Spouse Have Any Claim to My Family Trust? 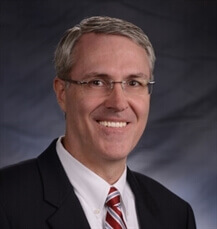 Whether your spouse has any right to the assets of a trust your family created in the event of divorce is a complex question. First you must determine whether your interest in the trust is even considered a property interest, and that issue is quagmire of case law and statutes exacerbated by the many different types of trusts. Assuming your interest in the trust is considered a property interest, then you need to know if it constitutes marital or separate property.

The law of trusts involves a language all its own, so a brief vocabulary lesson may be helpful.

Once created, a trust typically earns interest which can be distributed to income beneficiaries or reinvested into the trust, and when the trust expires whatever assets still exist are distributed to the remainder beneficiaries. A beneficiary's interest may be described as contingent where their right to receive trust assets is dependent upon the occurrence of some event, or vested when no such contingency exists. A trust is designated discretionary where the trustee has authority to decide whether or not to dispense trust assets to a beneficiary. Finally, a trust can be revocable or irrevocable indicating whether the trust may be modified or terminated before it expires.

It is best to seek the advice of an attorney experienced in working with family trusts to ascertain whether a specific trust is subject to distribution during divorce.