Judge Arkin and the American Academy of Matrimonial Lawyers 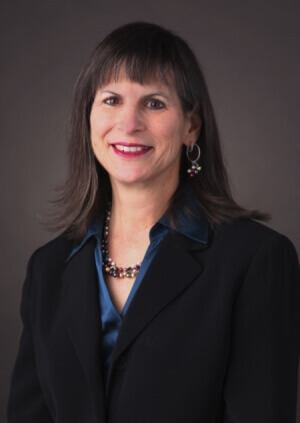 On Friday, May 20th, 2016, Angela R. Arkin, (District Court Judge, Retired) and the Director of The Harris Law Firm’s Self Represented Resource Center joined a group of attorneys from the Colorado Chapter of the American Academy of Matrimonial Lawyers (COAAML) to provide a 1/2 day training seminar to a front range Judicial Team. Angie Arkin has served on the COAAML Judicial Liaison Committee for many years, and the group provides domestic relations training to Judges and Magistrates around Colorado, at their request. Her recent presentation was on interstate jurisdiction.

Colorado Chapter of the American Academy of Matrimonial Lawyers

The American Academy of Matrimonial Lawyers was founded in 1962, by preeminent family law attorneys “To provide leadership that promotes the highest degree of professionalism and excellence in the practice of family law.”

Those included as Academy Fellows are considered to be highly experienced and skilled negotiators and litigators who have the knowledge and tenacity to represent individuals in the various aspects of domestic relations law.

Representation by a Fellow of the American Academy of Matrimonial Lawyers means you are receiving counsel from a top attorney in family law. There are more than 1,600 AAML Fellows and they are recognized by legal peers — such as judges and attorneys — as respected family law lawyers who operate with the highest level of skill, integrity, and knowledge. Academy Fellows are recognized for their competence, professionalism, and integrity.

In January of 2016, The Harris Law Firm welcomed retired Judge Angela Arkin as the Director of the Firm’s New “LawYourWay℠™”

The LawYourWay℠™ (SRRC) was created by Angie and The Harris Law Firm to assist those with Colorado family law matters who have made the decision to represent themselves. Many people have the desire to be pro-se, but still need or want high level legal input regarding their legal issues. SRRC allows this to be reality.

To get started with the SRRC the firm will schedule an in-person initial consultation for you to discuss the details of your case and the scope of what the SRRC can offer. Following your initial meeting, you can schedule subsequent meetings on an as needed basis.

The scope of the services provided by the SRRC include:

Angela R. Arkin is the Former District Court Judge of the 18th Judicial District and is currently serving as the Director of The SRRC. Between 2002 and 2015, Arkin proudly served the same district as a District Court Judge. She is an Emory Law School graduate, and has been licensed to practice law since 1983, in Georgia, the District of Columbia, and Colorado.

Arkin served as a member on the committee responsible for drafting and helping to enact Colorado’s Parental Responsibility statute. She was involved in Uniform Child Custody Jurisdiction and Enforcement Act legislative efforts, is an American Academy of Matrimonial Lawyers member, and is an Adjunct Professor at DU Law School. She co-edited, authored, and helped revise the Bench Bar Book on Domestic Relations cases, along with numerous other publications, and is skilled and experienced in all aspects of family law.